æž‡æ· is a subtropical evergreen tree, and its cold resistance is stronger than that of citrus. The average annual temperature is above 12-15 Â°C, and winter is not lower than -6 Â°C. Plants with annual rainfall above 1000 mm can be planted. There are 4 peaks of shoots per year at the tip of thistle, mainly spring shoots (February-April), summer shoots (May-June), autumn shoots (August-September), and winter shoots (November-December). The spring, summer and autumn shoots are the mainstays. The root activity of alfalfa significantly alters the growth of shoots in shoots, and the growth of shoots is generally about two weeks earlier than that of branch shoots.

Adult orchards are generally applied three times a year. The first application of spring fertilizer, applied in mid-February, the main role of promoting spring shoots and increase the fruit. Spring shoots can become the fruit branch of the year and the base of the summer and autumn shoots. The fertilization is more important. Mushi biological organic fertilizer 50 kg, with 10 kg of urea, superphosphate 5 kg, potassium sulfate 15 kg. The second summer shoot fertilizer was applied after fruit picking from mid-May to early June (before late-maturing varieties were harvested). It mainly promotes summer shoots and promotes flower bud differentiation from July to August. The summer shoots are numerous and neat. When they were able to form mother stems in many years, the promotion of summer shoots was the main measure to guarantee high yields every year. Therefore, the amount of fertilizer used was very large. Mushi organic fertilizer in general 200 kg, with 50 kg of urea, superphosphate 20 kg. The third application of autumn fertilizer or flower before the fertilizer, in the early September-October, after flowering before heading application, mainly to promote good flowering, improve fruit setting and increase the ability of winter overwintering. Mushi biological organic fertilizer 80 kg.

If the soil has good permeability, the root system is not as strong as other fruit trees, and the new roots have strong germination power. Therefore, when fertilizing, care should be taken not to lose the fertilizer, but also to make the roots of the earthworms absorb in time. The method of hole application or furrow application is generally used. Acupointing is to excavate 3-4 caves in the four or three squares about 1.5 meters from the main trunk, 60-80 centimeters deep. Every time you apply liquid fertilizer, pour into the cave, cover the soil with water, and let the fertilizer slowly into the soil. An annular groove or a radial groove may also be applied.

The cross arm and control cabinet of the Tower Crane adopt the imported high-strength aluminum alloy ofpatent technology for the one off extrusion molding, Icu Bridge and the surface undergoes the primary oxidationtreatment.
Pneumatic brake plus mechanical friction damping brake
The imported electrical machine is adopted, and the electric perpendicular moving up and down.The gas pipeline, power supply and computer communication line are separately arranged withoutinterference.The imported (GENTEC) brand German standard gas terminal (over 20,000 of inserting and pulling out) is adopted.The ICU Bridge with high bearing capacity with suspension the cavity mirror car system.The horizontal rotation function can accurately position without excursion. 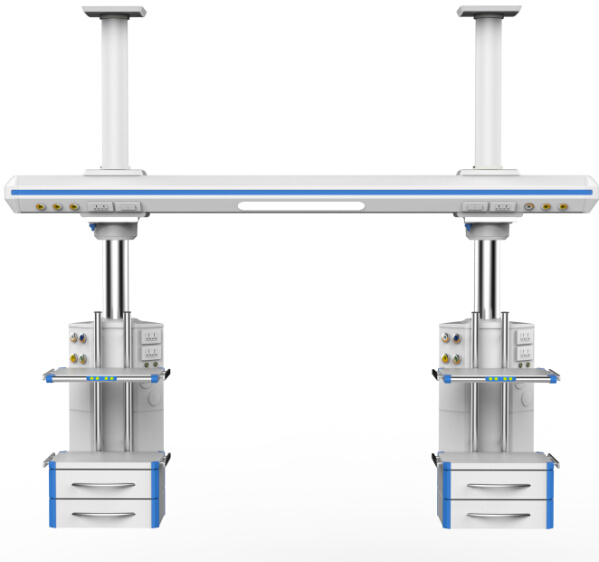