Institute of Animal Husbandry, Shandong Academy of Agricultural Sciences (250100) Wu Naike Song Enliang Wan Fachun After 10 months of intense lactation, dairy cows must be dry milk in order to restore their strength and to preserve certain nutrients in the body during the next lactation period. If dairy cows are not given dry milk, cows will not be able to form colostrum normally after calving, which will be detrimental to the health of calves. Cows will not form a normal lactation peak and will affect the yield during the entire lactation period. 1. Dry milk time: The duration of dry milk has a great influence on the milk production during the next lactation period. The dry period is too short and the storage of cow nutrients and the development of the fetus can not be satisfied, which will affect the normal production. If the dry period is too long, the milk production time and milk production volume will be reduced and the economy will be uneconomical. At present, the average dry period is generally set at 60 days, which is particularly important for high-yielding dairy cows. 2. Dry milk method: First, gradually dry milk method. In the 10 to 12 days before the scheduled dry milk began to disturb the order of life of cattle, such as changing the position of cattle beds, changing cattle feed, reducing juicy feed, high-yielding cattle also reduce the amount of concentrate feed. Change the milking three times a day to two times, change it again after two to three days, and then once every other day, and finally stop completely. During the last milking, milking is repeated until the milk is crushed. This dry milk method takes 10-20 days and is most suitable for high-yielding cattle and cows suffering from mastitis. The second is the fast dry milk method. The method is, in addition to disturbing the normal life order of cattle, stop all the cow's juiciness and concentrates, keep only roughage, and control drinking water, increase the amount of exercise, from 3 times a day to 2 times, one After two days, it was changed to one time, and the milk production on the 6th day was obviously decreased. The milk was repeatedly squeezed to stop the milking. The second is a dry milk method. That is, when the cow reaches dry milk day, the breasts are cleaned and massaged repeatedly, and the milk in the breast is squeezed out and no longer milked, closely observing changes in the breasts, and the succulent feed is suspended, and the feed amount of the concentrate is appropriately controlled. Cows with mastitis should not use this method. No matter what kind of dry milk method is used, swelling of the breast is inevitable. Only if the breast is swollen, painful, or shiny, etc., the milk must be squeezed dry again and dry again after the inflammation disappears. The nipples should be closed during the last milking to prevent mastitis. Method: After washing the teat, first soak the teat with 5% iodine, and then soak the teat 2~3 times with the collodion to make the teat closed; inject the person with chlortetracycline ointment into the teat, 10ml for each breast area .

A walnut is the nut of any tree of the genus Juglans. Technically a walnut is the seed of a drupe or drupaceous nut, and thus not a true botanical nut. It is used for food after being processed while green for pickled walnuts or after full ripening for its nutmeat. Nutmeat of the eastern black walnut from the Juglans nigra is less commercially available, as are butternut nutmeats from Juglans cinerea. The walnut is nutrient-dense with protein and essential fatty acids.Our Chinese walnut is grown in Xinjiang province of China. The output of it increases 33.33% this year. 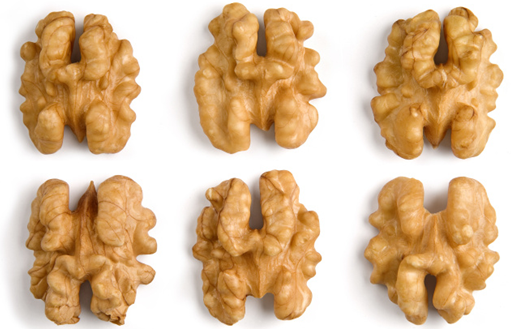