Using brine to make fermented feed not only solves the source of pig feed in winter and spring, but also saves 70% of concentrate per pig. The feed production method is simple, the source of raw materials is wide, the storage time is up to six months, and there is a sweet and sour liquor flavor, the pig loves to eat, and the food is fast.
In the production of the lychee, hay powder (grain straw dried and crushed), rice bran (or bran), boiled water, and salt are weighed as 25%, 67%, 7%, and 1%, respectively, and the salt is opened with water. Cool to 40Â°C and mix with the above ingredients. A scent of wine appeared around 3 days, indicating that the song was made. The well-prepared variety should not be stored for more than one week. When the system is made of lycopene, such as fine material, it may not add hay powder.
In long-acting fermentation, preparations for long-acting fermentation raw materials must be made while producing the lychee. The water lettuce (or water hyacinth, water peanuts), hay powder, rice bran, and medlar seeds are weighed in proportions of 75%, 14%, 5%, and 6%, respectively. Mix the song seeds, hay powder, and rice bran. Then mix the water lettuce (shattered and dried until the leaves are rolled up) and store them indoors. Before stacking, lay 10 cm of the bottom of the hay. When stacking material, it should be stepped up to a height of 50 to 60 centimeters per layer (the humidity standard is the same as that of the song). The entire stack height should not exceed 1.7 meters, the width is not limited, flat top. The temperature generally rises to 50Â°C in about 3 days, and after another 3 to 4 days, a layer of salt-like white hair can be formed on the heap. When the lid is covered with plastic film, the lid can be easily handled. Place a small hole for observation.) After 15 days or so, wait until there is a sweet and sour taste.
If you use blue fodder such as hawthorn or radish, it's better to crush it. In the first few days after stockpiling, if there is too much water at the bottom, it needs to be opened in time, and hay powder must be added and stored again.
Fermentation feed use note points:
The material can be taken from the hole that was originally reserved for observation, and should not be opened at will, so as to avoid mixing with Other bacteria and causing deterioration of the feed.
With the use of feed, after taking the material, the lid is good, the feed is best to use shabu-shabu water, leftover soup or a small amount of fine feed, without cooking.
Around 10 centimeters thick feed on the outside of the pile, due to longer exposure time before capping, insufficient fermentation, poor color and flavor, but still feed the pig.
Fermented feed contains very few bacteria, and sows and piglets can be fed with normal food intake.

Indented cylinder separator is used for length grading of all granular materials, such as wheat, oat, maize, rice, fine seeds, lentils, sticks from sunflower or sugar beet, plastic particles, etc., as well as for the extraction of unwanted short or long admixtures.

Through the inlet housing, the granular material to be graded flows into the interior of the rotating cylinder, whose cover is equipped with special deep-drawn teardrop or spherical-shaped pockets for the most precise length separation. The rotating speed, rotating direction and the size of the dimple will be decided by size and impurities in different processing materials. 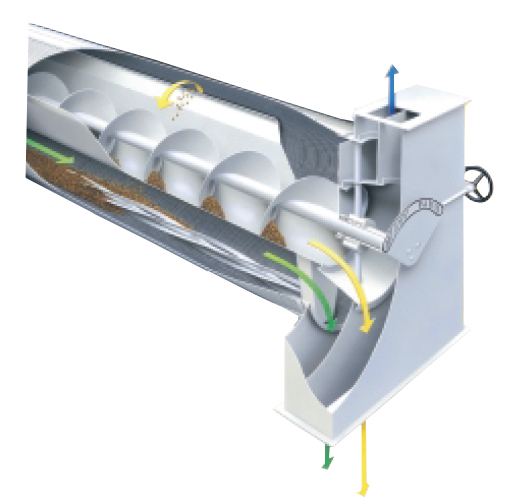 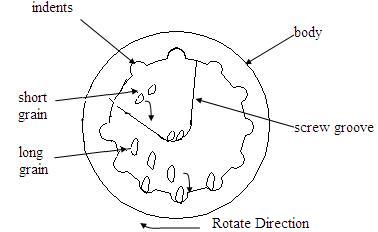